The changing US banking landscape

In the years leading up to the financial crisis, the US banking sector was a hub of activity, with over 100 new banks established every year in the region. Since 2010, that number has plummeted and in the last five years just three new banking institutions have entered the market, according to a recent report published by the Federal Deposit Insurance Corporation.1 To top this, hundreds of bank branches have been closing across the nation with Bank of America closing 10% of its branches in the past two years, equating to the loss of tens of thousands of jobs.2

It’s clear that the US banking sector is currently undergoing a significant shift as it faces increasingly challenging operational circumstances. Admittedly, the global financial crisis was responsible in large part for the industry’s initial slowdown as more stringent regulations, such as Dodd-Frank, were introduced to encourage caution and prevent shocks of the same economic magnitude from hitting the industry again. However, with things unchanged seven years on from the initial crash, it seems likely that the ghost of the credit crunch isn’t the sole cause of slowdown within US banking.

As the financial crisis was breaking, the Fintech industry was starting to take major strides forward, both in terms of penetrating public consciousness and technological sophistication. With smaller, more agile Fintech start-ups and service providers coming to the fore, offering genuinely innovative and workable alternatives to traditional banking services, the high-street banks and major financing houses have been facing greater competition than ever before.

The great slowdown – what is causing the shrinkage of the US banking sector?

Bigger reserves, smaller profits: Some of the major issues currently affecting high-street banks are beyond their control. With interest rates set extremely low, it has become more challenging for banks to turn a profit on the majority of their mainstream lending activities. Similarly, banks have been forced to act with far more caution than in the pre-crisis years.  Recent regulations place greater restrictions on lending and demand banks to hold greater capital reserves in order to increase resilience against any future recession.

Not only has this combination of low interest rates and higher reserve requirements led to iconic high-street banks (such as Bank of America) having to make tough cutbacks on staff and branches, it has also created an environment where starting new banks is remarkably difficult. For new entrants to the market who lack an existing customer base, the low profit margins make such an enterprise a challenging and even unappealing prospect.

Changing consumer behavior: With America’s reliable WiFi access and high smartphone penetration rates – 186 million people, representing a 77% mobile market penetration rate3 – it’s perhaps unsurprising that banking customers are among the world’s leading group of online and mobile banking adherents. According to a recent Pew Research Institute report, 51% of US adults bank online and 35% of its cell phone owners choose this device for their banking.4

The shift towards online and mobile banking represents both a challenge and an opportunity for high-street banks. On the one hand, they are able to connect with customers in a variety of new ways, showing them an improved product offering and a more personalized (and customizable) service to suit the individual customer’s preferences. On the other hand, the convenience and sophistication of online/mobile banking is directly contributing to the marginalization of physical branches as consumers move their capital to the internet.

Against this backdrop of increasing digitization, the downsizing of US banks’ physical presence through the closure of hundreds of branches represents a sea-change in consumer behavior as much as it does a commercial imperative.

Increasing competition: The 2008 crisis hurt US banks more than most, and a combination of dramatically reduced interest rates, tighter lending regulations and greater awareness of systematic flaws, has encouraged consumers to find alternatives to the major high-street banks.

Direct beneficiaries of this wave are established financial organizations such as credit unions, money market mutual funds and cash management accounts. Additionally, innovative FinTech startups are carving out a place in the US money management market with increasing boldness and confidence since 2010. In 2014, investments in FinTtch in the US exploded to reach $9.89 billion, almost tripling from the $3.39 billion invested in 2013.5 At a time when high-street banks are struggling to turn a profit, the emphatic endorsement of innovative financial service providers highlights just how quickly and how starkly the US banking landscape is changing.

However, the rise of FinTech startups need not keep banking executives awake at night. These alternative financial services providers present opportunity and renewed economic vitality for banks that are willing to adapt to the new reality of modern money management – whether by investing in their own technology and services or by layering Fintech alternatives on top of their systems through APIs.

From bricks and stones to clicks and phones – The rise of Fintech, online and mobile banking

Increasingly, US banking customers are looking for a bank that gives them access to the full range of traditional financial services. Customers expect the traditional experience of established safety and security, but with the added value of personalization, customization and convenience of use. Mobile and online banking has changed the face of modern financial services forever and major US banks have been quick to incorporate these elements into their offerings, even at the expense of closing physical bricks and mortar branches. The expectations we have as consumers are starting to make their way into our corporate lives. Businesses are also increasingly demanding a banking experience that is streamlined, efficient and answers their digital requirements. 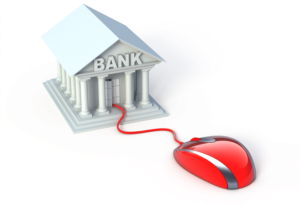 The traditional and well-established banks are far too engrained in the economic structure of the US and globally to ever suddenly disappear. However, if US high-street banks are to survive and thrive in this rapidly changing environment, they will need to embrace the fact that their customers have higher standards regarding flexibility, convenience, speed and transparency. The sheer size of traditional banks represents a hindrance when it comes to developing entirely new technology, thanks to their monolithic IT legacy systems. As such, we can expect to see banks increasingly working with Fintech companies as a means to adapt as quickly as possible to their changing environment.

What’s it costing you to process cross-border payments?

Most people accept a degree of ambiguity and price inflation when conducting cross-border payments and exchanges. What are labeled by banks and forex brokers as”transaction...

It’s not uncommon to charge goods or services abroad and later return home to find that there’s a significant gap between the amount of money you thought you spent and the...